We’re leaving behind May, the month of Google’s yearly I/O, and getting started on June, the month of Apple’s yearly WWDC. Needless to say, it’s a time filled with news for app professionals. Let’s see what all the fuss is about!

Earlier in May, Google held its yearly event to give everyone some news about their latest products. Aside from Android 13 and device announcements, there was some ASO news sprinkled around the event. Here they are:

For more details on all these announcements, check out our dedicated post.

The Play Store gets a make-over on desktop

First rolled out to selected users, it’s now available globally for everyone to see. If you log onto the Play Store on desktop, you’ll see a brand new design, and what a change!

The changes didn’t happen only on the home page, on the listing pages, the first 10 seconds of the preview video are shown on loop without sound, to see the full preview video or game trailer you need to click on the brand new trailer button.

So pay attention to your preview videos, they’re getting a bigger platform on desktop!

In other Play Store News

Google is testing a small change on the Play Store that shows users more information about apps without needing to click on them. The displayed information is just a very short description next to the app title, still, it’s a bit more information than just an icon. This is still in beta testing so only a selected amount of accounts can see this change for now.

In the meantime, they’re rolling out a “Compatibility for your active devices section” on Android’s app listing.

The Mountain View firm also launched a tool that allows users to configure their own ad privacy and security settings. They’ll be able to select which ads they want to see (on Discover, Search, and YouTube), block or report content, select ads according to categories, and block specific ads and brands.

And last but not least:

Announced during WWDC21, two App Store rules will take effect on June 30th, right at the end of this month:

If your app is affected, you only have a couple more weeks to make the necessary changes. As for the easy account deletions, there are further requirements:

Apple is still under fire for its App Store policies regarding dating apps. After being fined 10 times (each fine being 5 million euros) by the Netherlands Authority for Consumers & Markets (ACM), the ACM has concluded that the changes made by Apple on March 30 are still insufficient and that “Apple uses unreasonable conditions for dating app providers” according to “research, expert advice, and consultation with market parties”.

They do admit to seeing an improvement in the proposal, however, they are not enough to comply with European and Dutch regulations. The ACM also stated that the €50 millions penalty did not have the desired effect and that it was working on a new order.

Apple’s first proposal, which was subsequently rejected by the ACM, was to ask dating app developers to make two separate apps: one for Dutch users and one for the others.

The new proposal allows Dutch dating app developers to use either third-party payment systems or Apple’s in-app platform but not both. Apple will still take 27% of app sales (for developers making less than $1 million/year) regardless of the chosen option.

In the span of one month, Match Group sued Google right before finding common ground. The suit, filed in early May accused Google of “anticompetitive tactics to maintain a monopoly on the Android mobile ecosystem”. They didn’t hold back their punches in the lawsuit, stating that “ten years ago, Match Group was Google’s partner. We are now its hostage”.

Match Group is not the first to fight back against Google’s (and Apple’s) 30% cut. Epic started 2 years ago, and their fight is still ongoing. While waiting for the trial, which should take place in April 2023, they’ve decided to stop paying Google’s commission for payments outside of its billing system and set up a special fund to hold these commissions while waiting for an agreement.

And not many people like it. To try and compete even more with TikTok, Instagram introduced a new TikTok-like feed where every post takes up the full screen. Here’s what it’s supposed to look like:

And here’s Adam Mosseri explaining it:

However, test users don’t look like they’re enjoying the feature very much. Many of them took to social media to complain about it and ask for a return to the former design. Not only that, but in most instances, the caption covers part of the visual and becomes harder to read for users.

With such a tepid welcome, the feature may not be made available to more users soon. By trying to become too much like TikTok, Instagram may lose its identity.

TikTok is going all-in with gaming

According to Reuters, TikTok is testing in-app gaming in Vietnam. While TikTok was already a great advertising platform for mobile games, it’s now pushing its way into the gaming industry by featuring games directly on its platform.

So far they are testing HTML5 mini-games thanks to partnerships with gaming studios like Zynga but they’re already planning to extend testing to other Southeast Asian countries. Their plans for the future also include interactive games for TikTok Live that would allow Creators to play with viewers directly.

In the meantime, TikTok launched TikTok Pulse, a new contextual ads solution that places ads next to the most engaging content (top 4% of videos and creators with over 100k followers) in the feed. The Chinese video app is betting on its two favorite things: ads and games.

Numbers of the month

What we talked about last month

Lightning, a ‘connector for the next decade’- 10 years ago- 9to5Mac 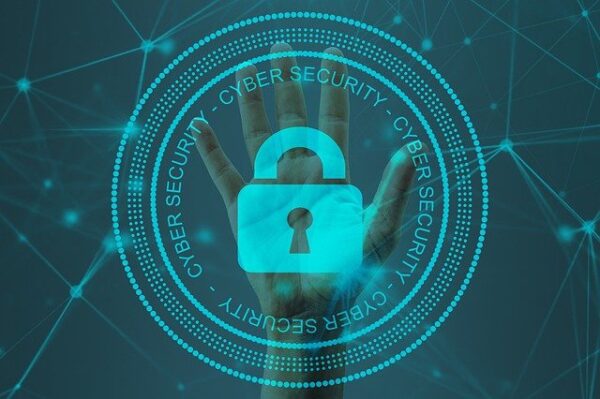 Importance Of Data Protection In 2022